There are cracks in the foundation. Nothing structural. Nothing that’s going to threaten the stability of the home, but they’re there. Nooks, crannies and holes through which seeps an invisible threat. Colorless, odorless and undetectable by your average human, it is nonetheless the second leading cause of lung cancer in the United States.

Radon gas – even the name sounds ominous, evoking images of radiation and nuclear devastation. Radon gas is created when uranium in the soil decays. The gas then seeps through any access point into a home. Common entry points are cracks in the foundation, poorly sealed pipes, drainage or any other loose point. Once in the home, the gas can collect in certain areas – especially basements and other low-lying, closed areas – and build up over time to dangerous levels. The Environmental Protection Agency of the US Government has set a threshold of 4 pico curies per liter as the safe level. As humans are exposed to the gas over a period of years, it can have a significant and detrimental effect. 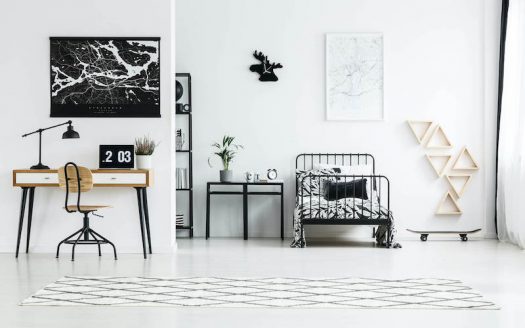 Search widget on the right

Set 08, 2017
A modern redrawing of the 1807 version of the Commissioner's Grid plan for Manhattan, a few years before it wa ...
Continua a leggere

Mag 27, 2014
In Manhattan, uptown means north (more precisely north-northeast, which is the direction the island and its st ...
Continua a leggere

This website uses cookies to improve your experience while you navigate through the website. Out of these, the cookies that are categorized as necessary are stored on your browser as they are essential for the working of basic functionalities of the website. We also use third-party cookies that help us analyze and understand how you use this website. These cookies will be stored in your browser only with your consent. You also have the option to opt-out of these cookies. But opting out of some of these cookies may affect your browsing experience.
Necessary Sempre abilitato
Necessary cookies are absolutely essential for the website to function properly. These cookies ensure basic functionalities and security features of the website, anonymously.
Functional
Functional cookies help to perform certain functionalities like sharing the content of the website on social media platforms, collect feedbacks, and other third-party features.
Performance
Performance cookies are used to understand and analyze the key performance indexes of the website which helps in delivering a better user experience for the visitors.
Analytics
Analytical cookies are used to understand how visitors interact with the website. These cookies help provide information on metrics the number of visitors, bounce rate, traffic source, etc.
Advertisement
Advertisement cookies are used to provide visitors with relevant ads and marketing campaigns. These cookies track visitors across websites and collect information to provide customized ads.
Others
Other uncategorized cookies are those that are being analyzed and have not been classified into a category as yet.
ACCETTA E SALVA
Some Nice Welcome Message
Accedi al tuo account
Crea un account